A Good Marriage by Kimberly McCreight 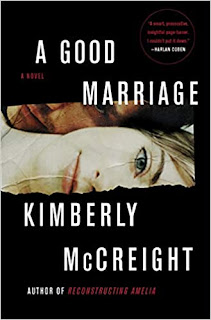 Lizzie Kitsakis is working late when she gets the call. Grueling hours are standard at elite law firms like Young & Crane, but they’d be easier to swallow if Lizzie was there voluntarily. Until recently, she’d been a happily underpaid federal prosecutor. That job and her brilliant, devoted husband Sam—she had everything she’d ever wanted. And then, suddenly, it all fell apart.
No. That’s a lie. It wasn’t sudden, was it? Long ago the cracks in Lizzie’s marriage had started to show. She was just good at averting her eyes.
The last thing Lizzie needs right now is a call from an inmate at Rikers asking for help—even if Zach Grayson is an old friend. But Zach is desperate: his wife, Amanda, has been found dead at the bottom of the stairs in their Brooklyn brownstone. And Zach’s the primary suspect.
As Lizzie is drawn into the dark heart of idyllic Park Slope, she learns that Zach and Amanda weren’t what they seemed—and that their friends, a close-knit group of fellow parents at the exclusive Brooklyn Country Day school, might be protecting troubling secrets of their own. In the end, she’s left wondering not only whether her own marriage can be saved, but what it means to have a good marriage in the first place.


I normally don't like a book that has a lot of character because I tend to have a hard time keeping them straight. The way this book introduced the characters made it easy to keep tack of who was who and their part in the book.
I did get annoyed with Lizzie quite often for not speaking up to her husband. I just kept thinking....seriously just SAY something! Even though I got annoyed at Lizzie, I couldn't figure out who the murderer was. The person it turned out to be is the reason it for 4 instead of 5 books for me.


The killer really had me stumped. I still don't really understand why it was who it was. The major part I couldn't figure out was who was this person that was following her. Her dad was doing in before she moved. Are we to think that the killer just started following her as soon as they moved to town? There author also doesn't even mention who the stalker was. It just seemed like....here's the killer, stories over. Maybe I missed something?
Posted by Read N' Reviews at 9:30 AM 1 comment:

Never Ever Tell by Kristy Ferguson 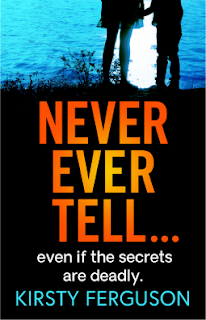 Vanessa Sawyer knows all about pain. She’s felt it every day since marrying the boy who fathered her baby in high school. All he’s meant are broken bones, broken heart and broken dreams. But he also brought her the love of her life. When her son Wren was born, her baby boy was her salvation.
Vanessa watches Wren grow and become a young man she can be proud of. Until one night everything changes, including Wren. One night that her son refuses to speak of. Now Vanessa can’t rest, not until she uncovers the secret that her son has been hiding from her.
Will she find the answers she’s searching for or will her quest for the truth take her to a dark place where all hope is lost?


There's nothing worse than bring married to someone that destroys who you are physically and mentally thru abuse except trying to raise a child too. Vanessa probably would've committed suicide or pushed her husband to the breaking point so he'd kill her, but she had her beautiful baby boy to keep her going. He was her whole world and she'd do anything to make sure he was protected, but how much can you really protect someone? It's amazing to see what a mother will go through and how much they can take.
The ended was far from anything I was expecting. I was completely shocked and don't think there was anything that I could've read that would've made me figure it out....even a little. 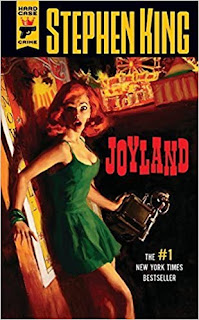 Set in a small-town North Carolina amusement park in 1973, Joyland tells the story of the summer in which college student Devin Jones comes to work as a carny and confronts the legacy of a vicious murder, the fate of a dying child, and the ways both will change his life forever.


If this was a movie, I bet there would have been that cheesy music like they play in movies like Friday The 13th. I thought this book was very cheesy.
Devin takes a job at an amusement park where he learns that a woman was murdered years before. He also befriends a woman and her sick son who live nearby. Devin becomes slightly obsessed by the woman's murder and is hoping to be able to catch a glimpse of her ghost that so many others have claimed to have seen.

It seems like the last few books that I've read by Stephen King haven't been good and he use to be my favorite author. Either I'm picking up his worst books, or I've read so many other good books and his writing just isn't reaching my expectations. (Wow, that's harsh.)
I'm curious, who else reads Stephen King? What are some of your favorites? What ones didn't you care for? 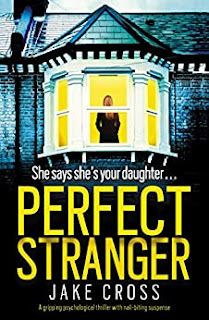 You let her in. You’ll wish you hadn’t.

Following a whirlwind romance, Rose and Chris’s marriage has been unshakeable for twenty years. But when teenager Katie turns up on their doorstep, blonde, wide-eyed and beautiful, their perfect life threatens to crumble to pieces. Because Katie says she’s Chris’s long-lost daughter, the product of a forgotten summer fling.

The couple is still reeling from shock when Katie tells them she has nowhere to go. The couple is her only hope. Kind-hearted Rose invites Katie to stay, despite Chris’s protests. The poor girl has only just lost her mother – they can’t leave her out on the street.

But soon after Katie moves in, strange things start happening. Someone crashes into a neighbour’s fence. An unexplained fire starts in the couple’s kitchen. And a family friend coming to visit disappears on the way to the house. Chris insists Katie has to go. But it’s Chris who won’t explain where he was at the time their friend went missing…

The couple’s dream life seems to be turning into a nightmare. With dark secrets about Chris’s history with Katie’s mother coming to light, Rose no longer knows who to trust. Soon, she isn’t sure whether she’s invited a dangerous stranger into her home, or whether she’s been living with one all along…


Katie shows up claiming to be the daughter of Chris, who had a one night stand with her mom. Like any smart person he agrees to a paternity test. While waiting for the test results to come back an avalanche of crazy seemed to happen causing my head to spin. Katie begins by telling lies about how she got burn scars and other various parts of her life, a friend of Chris' daughter, Julia, gets attacked, a coworker of Chris' gets murdered, there's a guy that may be after Katie and so much more. I think there was too much packed into one book.

Not only did I find it hard to keep up with, but I also couldn't stand any of the characters. Rose came off as a control freak and a horrible wife, Chris had no balls, Julia was boring and Katie, well.....she was just annoying.